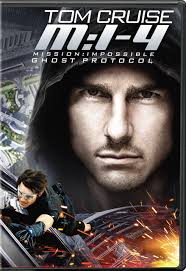 This is the fourth movie of the Mission: Impossible series and it definitely doesn’t disappoint, some people even go as far as to say it’s the best of them all so far, which I would understand. This movie goes from the serious, dark matter of the third movie, right back to the all-fun style of the others. Though, Tom Cruise is getting pretty old, he doesn’t hold back on the stunts in this film, he literally climbs the real Burj Khalifa from very high up. The filming crew actually had to remove 20 something windows just to shoot this scene, yet, in the movie, only two of the windows are used. also the movie introduces cool new abilities that Ethan Hunt has, as well as cleverly using old ones. The Dubai setting is used very well and doesn’t just seem like another location, this setting feels like the things that happen there only happen there and nowhere else. 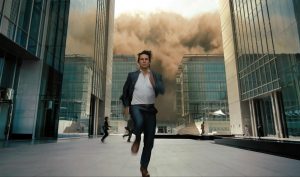 In this film, the stakes were the highest of all the Mission: Impossible films so far, all of human civilization is at risk, which obviously makes the film pretty tense, the cold war was revived and the two sides are actually doing something. Unlike the other films, Ving Rhames doesn’t make an appearance as Luther until  the very end when all of the main characters have a nice get together, which is a bit cheesy. With all of these films there definitely are parts which seem pretty impossible, but I guess it has the name Mission: Impossible for a reason., but this one had more sense to it, not as much dumb luck as previous installments. This movie is great.